It's Getting Chilly In Here

Remember that creepy funny story a couple of days ago? The one about Harper's Wall o' Harper in the government lobby in the House of Commons? The one that inspired Garth Turner to go in and take a few pictures?

We obviously forgot that Our Dear Leader has no fucking sense of humour.

Yes, the pictures of the redecorated Government Lobby in the House of Commons which were posted here yesterday are gone.

... If the pictures remained here, I believe that some blameless, hard-working employees of the House of Commons would be disciplined, or worse. This could be the outcome of complaints made against them by the Government of Canada, for allegedly allowing material which was published here to have been photographed. This situation was made known to me just before QP today, presumably after Conservative officials had been in touch with their counterparts in the Liberal Party.

Just to be clear, no political colleague of mine ordered the pictures off this blog. No Harper official has gone on record asking for it, either. But by using the threat of professional injury to Commons security personnel, unless it happened, that outcome has taken place.

You know, anyone with any class at all would have just laughed it off. Harper could have cracked a couple of self-deprecating jokes for the media, rattled off some lame justification, and that would have been that.

But no - like everything else, he has to go at it with a sledgehammer. Quashing dissent. Muzzling criticism. And as a last resort, punishing the innocent when he can't get his way otherwise. It's bad enough when he does this to get his way or promote his political agenda or cover up the incompetence of a minister.

But to bring down the hammer just because someone made him look foolish?! That, to me, is even more disturbing than erecting a Shrine to Steve in the House of Commons.

Turner's removal of these photos from his blog was prudent given his personal involvement and the animosity his former party has towards him, but in the long run it's a moot point. They are already all over the net, so getting rid of them all is going to be like putting the toothpaste back in the tube. Just look at what I found today: 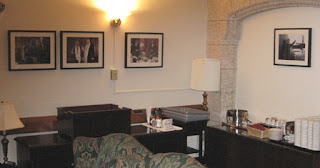 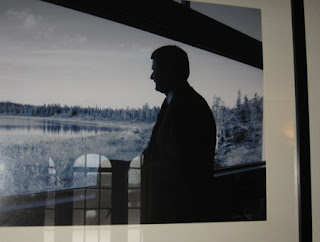 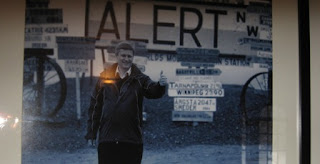 Honestly, I have no idea where they came from. They're just out there. I know I didn't take them. I'm just saving them from spiralling down the memory hole.
Posted by Jennifer Smith at 3:25 PM