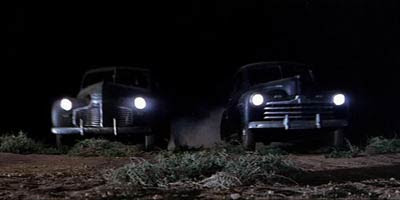 The issue of Senate reform was resurrected once again yesterday as the merits of Bill C-20 (the Senate Appointment Consultations Act) were debated on the floor of the House of Commons. The bill is a somewhat half-hearted attempt to show some progress towards the Conservatives’ stated goal of a ‘triple-E’ senate by allowing individual provinces to decide whether or not they want to elect candidates for the senate to represent them.

Even the Conservatives admitted during the debate that the measures in the bill are "incremental" (there’s that word again), and that this is really all they can do without actually getting consensus from the provinces to make more fundamental changes to our constitution. As one rather articulate Member from Nova Scotia pointed out, it is nothing more than "a piece of red meat thrown at their base of old Reformers".

This rather sparsely attended drama was played out shortly before the far more public spectacle of an unprecedented government motion demanding that the senate pass their crime legislation by March 1st. The background was explained yesterday in the National Post:

The Conservatives argue the Senate has been impeding the government's crime agenda for months. The Tackling Violent Crime Act actually repackages five crime bills that the government failed to get through in the last parliamentary session. Among other things, it would impose tougher sentences for gun crimes and raise the age of sexual consent to 16 from 14.

But the Liberals point out it was the Harper government itself that prorogued the last session in the summer, thus requiring the bills to wend their way through Parliament again. And they note the bill was introduced in the Senate on Nov. 29, and Parliament only recently resumed after a holiday break.

The Senate legal affairs committee, which is studying the bill, has extended its sitting hours and will likely meet during a parliamentary recess next week to fast-track the bill, said Liberal Senator Sharon Carstairs. But she said it's "unrealistic" to expect the Senate to pass the bill by March 1.

"They clearly don't want their bill. If they wanted their bill, they clearly would give the Senate time to examine it," said Carstairs. "We have a constitutional responsibility to give it sober second thought."

Quite right. The Conservatives are far less interested in whether or not this bill passes than they are in playing chicken with the Liberals. And today the Liberals obliged by jumping out of the car - again.

Liberals walk out of Commons before crime vote

OTTAWA–The Liberals walked out of the Commons en masse today rather than vote on a government motion demanding that the Senate pass an omnibus crime bill by March 1.

They dismissed the vote as a political stunt, pointing out that the Commons has no say in how the Senate conducts its business.

I’m sure the rationale in the Liberal caucus was that this is a minor issue that Canadians don’t care about enough to go to an election over. That it’s all just political maneuvering and the motion doesn’t carry any legal weight. And from the numbers it’s apparent the motion would have passed anyway, although I wasn’t watching so I don’t know if it was the NDP or the Bloc who voted for it (my guess is the Bloc - they’ve never liked the Senate anyway).

While all this is true, the fact remains that the Honourable Members of the House of Commons have just been bullied and coerced into passing a pointless and probably unconstitutional motion designed to bully and coerce the Upper Chamber. And regardless of you may think of the Senate, that, to me, is unacceptable.

Why would Stephen Harper go so far as to make something as ridiculous as this into a confidence motion? Not to fast track some crime bill - the Senate will just ignore it.

To further impugn and discredit the Senate? Probably. As we’ve seen before, there’s nothing like an imaginary crisis to turn public opinion against an organization that Stephen Harper would like to be rid of altogether.

To make himself look tough and made Stephane Dion and the Liberals look weak and foolish? Most certainly.

Did he succeed? I don’t know, but just for once I would like to see Stephen Harper jump out of the car first.