Confessions of a RoboCaller 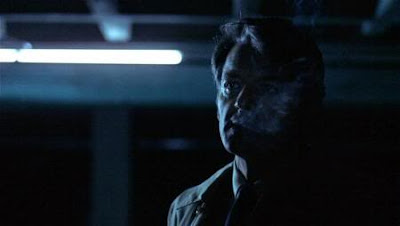 My name is Jennifer Smith, and I'm a robocaller.

No, not that robocaller. Compared to Mr. Poutine I'm small potatoes, really. I just called a few hundred of my supporters in Ward 2 in Milton on the eve of the 2010 municipal election to remind them to get out and vote for me as town councillor the next day. Most of them did, I'm happy to say, although in the end it wasn't quite enough for a win. Next time.

I know that robocalling and supporter databases are a bit of a mystery to most people, so allow me to shed some light on the process as both a candidate and a campaign worker.

During my municipal campaign, I spent almost nine months canvassing my ward, knocking on thousands of doors, talking to people, gauging their level of support, and entering their name (if they gave it) and their address into a spreadsheet on my Blackberry. If they were negative or specifically said they were voting for someone else, I made note and never bothered them again. If they were very positively inclined, I would mark them down for a potential sign location. If they were on the fence, I'd be sure to go back and talk to them again.

By the time the Town Clerk released the official voters list about a month before the election, I was ready to match it up with my own list of supporters. Neither list included phone numbers, so I spent a couple of days with Canada 411 adding numbers where I could. Not everyone is listed of course - maybe 80% - but it was enough to provide a fairly substantial and targeted list to the company I hired to provide the auto-dialing service. Then I sent them the spreadsheet with the names and numbers, called a special number with my special code, recorded my message, and at the appointed time out it went.

Happily, my ward only has about 8,000 electors so it was possible (and affordable) to do all this myself. For a federal or provincial riding of 100,000 electors, it's a whole other story.

All federal parties have some form of computer database that works more or less the same way as my little spreadsheet, only on a massive scale. Armies of volunteers make calls and knock on doors, and make note of the reactions of the people they speak to - many still with clipboards and pencils, which makes me rather proud of my Blackberry system.

That information is brought back to the campaign office where another army of volunteers adds the data to the list of electors left over from the last election (as with the municipal, they don't get the current list until much closer to the election). Unfortunately, it isn't feasible for them to look up phone numbers individually like I did, so they will generally purchase phone number lists from companies that do that sort of thing and then automatically merge the files. Sometimes the central party does this, sometimes the individual riding.

For a campaign, such databases are invaluable. After all, as my campaign manager is always telling me, it's not about how many supporters you have - it's about identifying your support and getting them out to vote. The Conservatives perfected this system quite some time ago with their CIMS database ('Constituency Information Management System'), but the Liberals now have a similar system called Liberalist which was adapted from the one developed for the Obama campaign. Presumably the NDP have something similar.

The privacy concerns with these systems are enormous, of course. After all, you can enter just about anything in there. Not just phone numbers and party affiliations, but anything the canvasser might think worthy of note. Age. Ethnic origin. Religion. How many cars you have. How many kids you have. In my case, I made note of issues that interested the person, and usually age and gender just to remind myself of who I was talking to. Other things, too. I made a note once when I noticed someone had a Star Trek license plate; another who had a DarwinFish on their car, who turned out to be one of my strongest supporters. You never know what might help you make a connection.

It makes a lot of people uncomfortable knowing how much candidates or parties know about them, and rightly so. We all like to think we use this information for good, but it can also be used for evil. Which is why, in all parties, access to the voter database is VERY tightly controlled.

In Liberalist, for example, there are multiple security levels. The most basic is for volunteers working the phone bank. Each person is given a script to read, and are plunked down in front of a computer where they see a single entry for a single voter, including their phone number. They call the number, talk to the person (or leave a message), note the response, then hit a button that moves them on to the next voter entry. They never see more than one entry at a time, and they never see more than the most rudimentary information about that person.

At the next level, a volunteer can do a search and look up the entry for a specific individual and modify or add to it. Again, they can only see one entry at a time, and they certainly can't download the whole database or even part of it.

In order to generate and download a phone list suitable for use by a robo-calling company like First Contact or RackNine, you would require the second highest level of security access. In any individual riding, you could count the number of people with such access on the fingers of one hand - and then only if you'd already lost one or two fingers in a bandsaw accident.

The candidate. The campaign manager. Possibly the communications director, if they had one. And that's about it.

(In Guelph, Michael Sona was the Conservative's communications director. Andrew Prescott, who was the deputy campaign manager, might also have had access.)

Even if you do have that level of access, at least on Liberalist, you still require authorization from the system administrators in Ottawa before you can download any portion of the database. I always thought that was an unnecessary pain in the ass, but now it seems it's a justified precaution. In order to get that authorization, you need to provide the exact parameters for the database extract (all current or expired members, for example, or all people requesting signs, etc.), and you have to explain exactly what you intend to use the information for.

Think about that for a moment.

What this means is, one of the top 3 or 4 people in the Guelph campaign not only extracted and downloaded a list specifically of Liberals and other non-Conservatives, but they had to come up with a plausible reason for wanting those specific names and numbers in order to get someone in Ottawa to sign off on it.

What reason could they possibly have given?

One other thing about these databases: everything is logged. Every search, every login, every change, every data download. It's all in there. And one of the jobs of (usually) the campaign manager is to monitor access and make sure nothing funny is going on. Like, say, an unauthorized download.

As I said, this is how it works in the Liberal camp. I've been told that the Conservative CIMS security protocols are nearly identical, but whether they would specifically require authorization for a database download I do not know. Perhaps someone who has worked with CIMS can enlighten us.

Now, who wants to take bets on whether I get an angry phone call from the Liberal Party or my campaign manager first, for giving away state secrets? ;)

UPDATE: Wow! Thanks to this piece (and some Twitter love from Susan Delacourt and Cory Doctorow), I am now a contributing blogger for Huffington Post Canada. Behold my awesomeness! 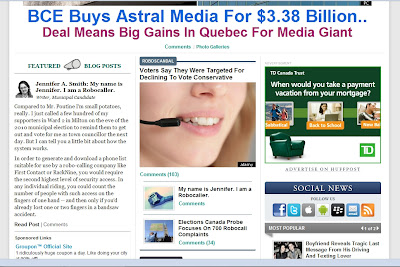