Never mind sex - what are you teaching your kid about MY kid?

(I know I haven't blogged here in a long while, but this needed to be said long-form.) 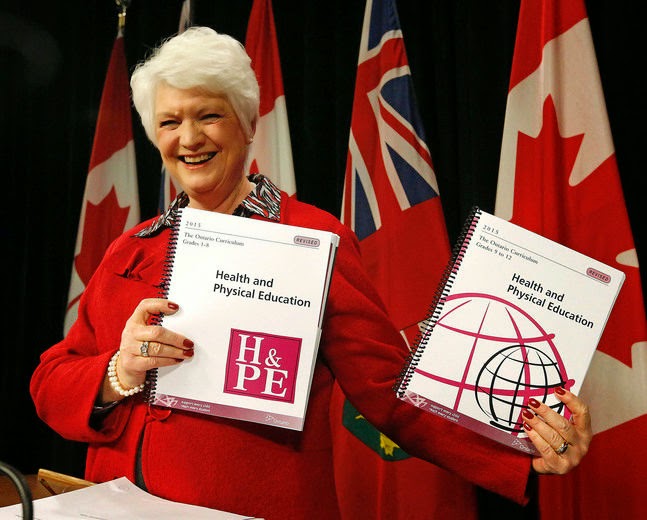 I overheard a conversation between two women today about Ontario's new sex education curriculum. One had received one of those hyperbolic emails detailing the horrors that their children were going to be taught and she was wondering if she should sign a petition or go to a protest.

The other told her not to bother, that regardless of how they felt about it it was going to pass anyway. She suggested just making sure that she or her husband talk to their kids about these issues before they got it in school.

This, I think, is a reasonable response. I may not agree with what either of them might end up teaching their kids about things like homosexuality, but at least it will be discussed, and at least theirs won't be the only view their kids hear. Provided they don't choose to 'opt out'.

As usual, it's mainly the Catholic school boards and the Muslim community who are balking at this curriculum, saying it infringes on their religious rights. But even some parents with more liberal views of sexuality are uncomfortable with the idea of someone else discussing these issues with their child before they feel ready to do so themselves. The problem with that is, there are far too many other parents out there who either teach their children things about sexuality that most Canadians would find objectionable or at best inaccurate - or worse, choose to teach them nothing at all.

One could argue that it's none of my business what anybody else teaches their children. What IS my business, however, is what they are teaching their kid about MY kid.

If you are going to tell your child that "some people believe it's ok to do ________, but because we are ________ we believe that is wrong and we don't approve of it", then I can't stop you. But kids translate messages in their own way, and intentionally or not that message is likely to be interpreted as "anyone who does ________ is a bad person, or a slut, or otherwise not as good as you".  And then it becomes my problem.

Tell your child only that homosexuality is a Bad Thing, and in a few years they're beating the crap out of my kid for being gay - or perceived to be gay.

Tell your son that girls who kiss boys or dress in a certain way aren't nice, and in a few years he's assaulting my daughter because she wore a short skirt to school.

Neglect to tell him about condoms and my daughter ends up sick or pregnant.

Neglect to tell him that sharing naked pictures of his girlfriend on his phone is a crime and my daughter has killed herself.

These are not imaginary scenarios. These are things that happen to young people every single day. This is Rehtaeh Parsons. And Amanda Todd. And Jamie Hubley. And that nice young man on the Oscars the other night who tried to kill himself at 16.

All of these young people were victimized by other young people who somehow got the message that it was ok to humiliate and bully and sexually victimize others for being outside what they consider the social or sexual norm - or just for being female. They may have learned that either directly or inadvertently from their parents or from their peers, but they sure as hell didn't learn it from their school curriculum.

Which form of education, then, would you say is the most damaging?

Education is like a vaccine. It immunizes us against ignorance, and just like with measles it's the 'herd immunity' that is key. One or two kids with bad information or outmoded attitudes aren't likely to cause much of a problem if the rest of their peer group knows better. But get too many kids 'opting out' of something like this sex education curriculum and you wind up with those attitudes infecting others and spreading.

Sorry, but I don't want your kid infecting mine.

Posted by Jennifer Smith at 7:41 PM No comments: