Linda Keen filed suit on Friday, contesting her dismissal as President of the CNSC.

Linda Keen will ask a judge to find that her dismissal by Natural Resources Minister Gary Lunn in January was ”invalid or unlawful.”

Ms. Keen was terminated as the head of the Canadian Nuclear Safety Commission after she refused to sanction the reopening of a reactor in Chalk River, Ont., where required safety upgrades had not been performed by Atomic Energy of Canada Ltd.

“I continue to believe that as the President of the CNSC, I acted appropriately, in accordance with the Act and as mandated by Parliament. I am looking to the Court to set aside the termination of my role as the President", said Linda Keen, in a statement.

...“Despite her request for particulars of any misconduct or failure to meet performance standards, no such particulars were ever provided,” says a statement of claim been filed in Federal Court.

“She was deprived of sufficient notice of any alleged misconduct on her part and necessarily deprived of any opportunity to respond to the allegations.”

She doesn't appear to be asking for any financial compensation here. She just wants her job back, and maybe a bit of public vindication.

All this comes after Tuesday's briefing of the Commons Health Committee on the supply of radioisotopes. The committee heard from several people including Health Minister Tony Clement and Douglas Abrams, President of the Canadian Society of Nuclear Medicine.

I wish I had the transcript, but there was one revealing moment when Abrams was asked how he would characterize the government's oft-repeated claim that the isotope shortage had put "thousands of lives at risk". His response was measured, echoing that of Dr. Karen Gulenchyn who testified last week, as well as the opinions expressed by Dr. Tom Perry in his CBC Radio interview regarding the alternative tests and treatments available to most patients. Abrams concluded by saying that the government's estimate of "thousands of lives at risk" was "overstated".

No surprise, then, when the "thousands of lives at risk" talking point was notably absent from Tony Clement's later testimony. 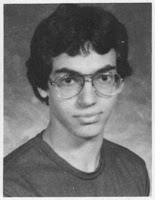 I've always had a bit of a soft spot for Tony. He went to high school with my husband, and even then he was devoted to politics and the Progressive Conservative Party. So I can't help feeling badly for him and all the other old PCers who woke up one morning to find their beloved party replaced by some mutant pod-thing.

The stress seemed to be getting to Tony when he blew up at one of the committee members. I think it was a woman from the NDP, but I can't remember what it was she said that pushed his buttons. He calmed down pretty quickly, but I had the feeling he was really starting to wish he had never heard of radioisotopes, Chalk River or Linda Keen.

I think he should ask for a less stressful portfolio. Like Heritage, or maybe Fisheries. At least until his blood pressure medication kicks in.

(cross-posted at Kats 'n Dawgs)
Posted by Jennifer Smith at 9:00 AM