I Reserve the Right to Dissent

I will be voting tomorrow. Voting for policy proposals and constitutional changes, including One Member One Vote. Voting for a couple of executive positions. And voting for the leader of the Liberal Party of Canada, the ballot for which contains one little box next to a single name.

As an undeclared, independent delegate, I am not obligated to vote for any specific candidate - which means I could spoil my ballot, or simply leave it blank. I still haven't decided whether or not I will use that prerogative tomorrow morning.

Let me be clear: the leader of the Liberal Party has my full, unqualified support, both as interim leader and as our constitutionally elected leader. Michael Ignatieff has already done a remarkable job of bringing the party together and supporting essential reforms, and I am confident that he will lead our party to victory in the next election.

I also understand and agree with the reasons why Bob Rae and Domenic LeBlanc chose to withdraw under some extraordinary circumstances. However, I do not agree with the way in which options for an accelerated contested race were closed off, and had I been given a choice, I would most likely have voted for someone other than Michael Ignatieff.

This is not disloyalty. This is not disunity. This is my right - my duty - as a member of the Liberal Party. I have the right to express my concerns freely, and to vote my conscience - even if that vote takes the form of "none of the above". And as a delegate, even an acclaimed one (and yes, I appreciate the irony), I feel that I have a responsibility to make sure that the Liberals in my riding who have serious reservations about Michael Ignatieff, however few, are somehow given a voice.

I suppose this is all a little grandiose for someone who has never attended a convention before and has only been a Liberal Party member for a few years. But I strongly believe that in any democratic system, it is essential for dissenting opinions to be expressed, even if that expression is only symbolic. Unanimity, as appealing as it might appear to be for morale, is frequently a mask that covers underlying disagreements, and once covered those disagreements often grow and fester. Once expressed, everyone can move forward, satisfied that they have been heard.

As I said, I still haven't decided what I'm going to do. I may well just check that one box and be done with it. I don't know - and I'm certainly not going to tell any of you. And when the results are tabulated and Michael Ignatieff is named as our official leader, I'll cheer and celebrate along with everyone else, and then get to work.

But it will be all the more meaningful knowing that I at least could have said 'no'. 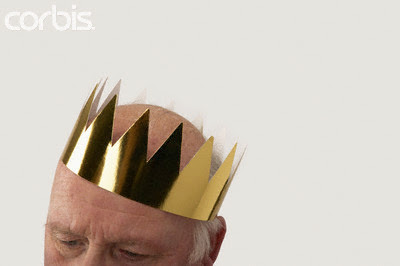 Posted by Jennifer Smith at 2:41 AM