Farewell to the King

While we were waiting for a compatriot to retrieve her Convention badge from her hotel room this evening, who should appear in the lobby but Stephane Dion! We all shook his hand and, when we realized how inadequate that was, gave him a hug and tried to tell him how much we all appreciated his leadership and how much he meant to us. One said that he was the reason she became a Liberal. Somehow we managed to avoid tears.

Then he thanked us but said he had to go back to his room to get something before leaving to catch his plane, and headed back up the escalator. 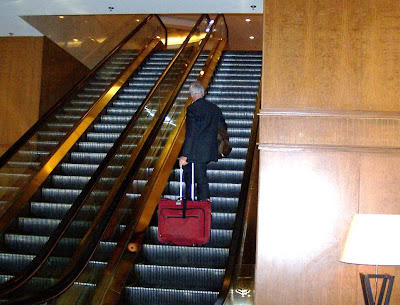 The worst part is, he was all alone.

Farewell, Monsieur Dion.
Posted by Jennifer Smith at 3:55 AM

Email ThisBlogThis!Share to TwitterShare to FacebookShare to Pinterest
Topics: Dion