I think I've mentioned Denis McGrath before. Television writer, producer, blogger, occasional activist, and one of the most passionate and eloquent defenders of Canadian television, Canadian culture, and... well, Canada, that I have ever read.

Maybe it's because he used to be an American that he can see things clearly that we are too blinded by our own ludicrous, obsessive self-loathing to see.

Right now, dear Denis is out on the Rock working as an honest to God showrunner on the new CBC series, 'Republic of Doyle', and took some time out to knock some sense into the rest of us:

The exciting becomes transcendant when you find yourself in a place that's new and exciting to you. I felt this way when I first went to South Africa. I feel it again here in St. John's.

It happens in little ways, as you peel back and discover other elements of the culture that makes this rugged land and this beautiful city so very, very different. It happens when you drive winding roads and look out to sea and see your first Iceberg. It happens when your charismatic lead actor and Executive Producer reminds you that he's a first-generation Canadian; the son of people born into the separate nation of Newfoundland. It happens as you contemplate the hundred different little ways the culture here is different, yet undeniably alive. It makes you think, think of all the other places you've been in this great nation -- Alberta, where they never met a U.S. idea they didn't like, and where they hate the CBC like it's a religious rite. I think of the Calgarians I know who seem as surrounded as liberals in Austin, Texas. I think of Vancouver, aloof and a little smug about its beauty and wonder; as I stare now out the window at its easy equal. I think of winding stone streets in Vieux Montreal, the steps leading up to the Chateau in Quebec City. I think of the few days I spent up in Thunder Bay, another few in Halifax, the sunny times spent on Parliament Hill or wandering the Byward Market in Ottawa. I close my eyes and picture the ferry ride to Vancouver Island, lovely and still through the summer fog of morning. I recall my own teeming, shiny, stinky and occasionally humid Toronto, and how beautiful and majestic the Legislature looked at night the one time I visited Regina, and viewed the place where Medicare began. I think of this wonderful, different, vibrant country -- its parts seemingly ever at war or resentment with each other.

And as I prepare to help craft stories that show off one beautiful part the way it hasn't been shown before, all I can think of is what a gift Canadians miss by not being able to see stories told about all the funky, silly, crazy, wondrous, scary, nifty and puzzling people I've met in all these wonderful cities in this great and vast and puzzling land.

The difference between Denis McGrath and the politicians who make lovely speeches and pretty words about Canadian identity and culture is that Denis GETS IT. He LIVES IT. He's one of the people who creates it and reflects it back to us every day. He understands that without our own stories and storytellers, there is nothing holding us together as a nation and a people.

Think of this, oh ye haters of Canadian television: imagine if there wasn't any. What if there had never been a CBC? What if there were no requirements for Canadian content at all? What would we know of each other, and why would we care?

I remember when I used to watch Sesame Street when I was little, I often wondered about that house. You know, the tall narrow one with the steps up the front? I had never seen a house like that in Toronto, but I thought it was neat that those steps were a sort of social centre. I never knew that there were even more interesting houses in Montreal that had those ornate fire escape-like stairs going up the front to the second floor.

I had never been to British Columbia, and wouldn't until 2008, but I kind of knew what it was like from 'The Beachcombers'. That was also the first TV show where I'd ever seen Native people in a modern setting - i.e. not getting shot at. Later, I'd watch 'All in the Family' and wonder why there were people who had a problem with people of other races and religions when everyone on 'King of Kensington' seemed to get along so well.

Still later, I learned a great deal about what life is like in Canada's Arctic by watching 'North of 60'. 'Northern Exposure' was on around the same time, but watching it and comparing, I always wondered why there were so few Native people in Alaska. I never did learn much about our Maritime provinces from TV, except for Anne Murray and the erroneous notion that the Irish Rovers were from Newfoundland. But now I know that all the very best music and comedy in Canada comes from down East, and I look forward to learning more from 'Republic of Doyle'.

I hadn't travelled to any of these places when I watched these shows, but somehow I understood them. Their lives, their issues. If I hadn't had that to go on, I might really have thought that towns in the Canadian Arctic all looked like Gold Rush movie sets filled with eccentric white people. I might have imagined that people in our cities were all either black or white and only barely tolerated each other. And I would never have given a second thought to our western provinces at all. Why would I, when the television was filled with the shiny, polished lives of people in California and New York and Texas? 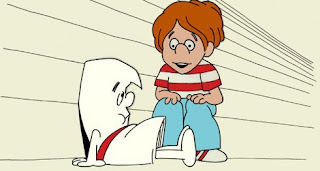 What goes for geography and culture goes doubly so for history and politics. How many Prime Ministers can you name? How many U.S. Presidents? What do you know more about - the story of Confederation, or the American Revolution? The Canadian parliamentary system, or the workings of the U.S. government ("I am a Bill, I am only a Bill, and I'm sitting here on Capital Hill...")? The Upper Canada Rebellion, or the U.S. Civil War?

This is not a failure of education - it is a failure of culture. Our children are taught Canadian history and Canadian civics in school until their eyes glaze over, but when the teacher gets lazy and needs a movie to show in class, what do they get? 'Band of Brothers'. Which is an excellent series about America's involvement in WWII, but not at all relevant for my son's grade 10 Canadian History class. Happily we now have 'Passchendaele' to show in schools, because otherwise the pickings are pretty slim.

All of these things we know about America - their history, their culture, their government - were not taught to us in school. No. We learned them by watching American TV and movies. That is the reality of this media-saturated century, and yet we seem perfectly content to hand over more and more of our cultural education to a foreign land because we tell ourselves it's 'better quality', or 'more entertaining'.

What it really is is exactly what we've been conditioned to believe, through constant exposure, that movies and TV shows are supposed to look like. It just doesn't look anything like us.

Maybe I should have written in 'Denis McGrath' on that ballot.
Posted by Jennifer Smith at 9:23 AM