Before you start, I don't want to get into a debate over the seal hunt or Paul Watson's actions here. I simply would like to point out the following:

Watson and the media have been giving the impression that this entire dispute centres around whether or not the Farley Mowat was within 12 miles of shore when it was boarded. That is not the issue, and the whole business of waiting for GPS readings to determine whether they were in 'international waters' has become a bit of a red herring (ha ha).

How far out to sea a nation's borders extend is actually a complex thing. There is no single line where you can say "this is Canada" and "this is international waters". 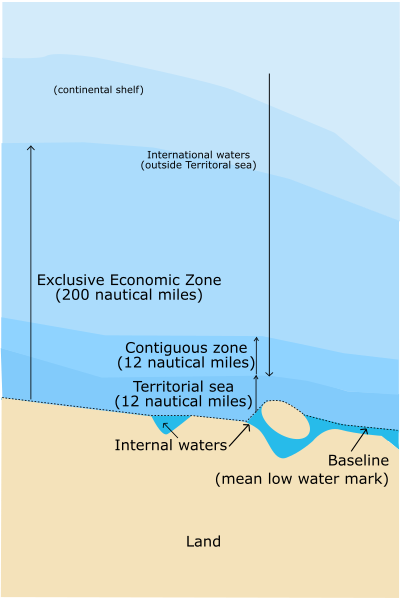 There is the 12 mile 'territorial sea' limit, but there is also the 200 mile 'fisheries zone' or 'economic zone', established by the United Nations Convention of the Law of the Sea (UNCLOS). Under that convention, Canada has the exclusive right to conduct and regulate fishing, mineral exploration, and other economic activities within the zone, while foreign ships have the right to 'innocent passage' through these waters.

The key word here is 'innocent'.

I actually read an article last night which quoted a couple of maritime law experts who insisted that the government was clearly within its rights to arrest anyone endangering or interfering with seal hunters within that 200 mile zone. You think I can find that article now? Pah. I guess you'll just have to take my word for it.

In any case, the '12 mile limit' has nothing to do with anything.

And while all this is fascinating, I just turned on the TV and... what the hell?!?

Wow. Ok. I guess it's going to be an interesting day.
Posted by Jennifer Smith at 12:33 PM

Email ThisBlogThis!Share to TwitterShare to FacebookShare to Pinterest
Topics: In The News, Seal hunt