Immigration Bill: It's Not About Doctors

One of the most frustrating aspects of our current government is having to constantly decipher their true intentions. Nothing is ever what it seems, and you can bet that whatever the truth is, it will bear no resemblance to what is being publicly stated.

Take, for example, the current flap over the Conservative effort to fold major changes to Canada’s immigration policy into a budget implementation bill. The Opposition screams that the changes will allow the Minister to arbitrarily shut out immigrants from certain countries. The Government poo-poos this notion, insisting that they merely want to expedite the applications of "skilled workers".

So just what kind of "skilled workers" are we talking about here, anyway?

Under the new law, the Minister is expected to issue annual instructions on "categories" of applications that should be fast-tracked, such as those from high-demand professionals such as doctors. The Minister will decide which categories to prioritize based on input from the provinces and territories, the Bank of Canada, Human Resources and Skills Development Canada, as well as employers and labour unions.

The Conservatives say the proposed changes would give the immigration minister the power to fast-track applications from workers with specific skills that Canada needs — such as doctors — and would help clear the backlog of cases by allowing the minister to set an annual limit on cases the department can process.

It sounds great, doesn’t it? We could always use more doctors, right?

Trouble is, we already have plenty of doctors, engineers, and other highly educated, highly skilled immigrants being fast-tracked into this country under the current points system. Unfortunately, their credentials are frequently not recognized in Canada, so many of them are driving cab or running convenience stores. The lucky ones are only slightly less under-employed: surgeons working as nurses, nurses working in blood labs, engineers doing tech support. I used to work at a print shop where my boss was an electrical engineer from Egypt.

Three years ago, about a quarter of recent immigrants with university degrees were working at jobs that required only a high school diploma or less, and it’s only getting worse. And yet everyone keeps talking about the proposed changes being intended to fast-track "skilled professionals like doctors".

One need only look at where the real labour shortages are in this country to understand what sorts of immigrants the government is really hoping to expedite.

The system's bias toward the educated has left some industries crying out for skilled blue-collar workers, especially in western Canada, where Alberta's busy oil fields have generated an economic boom. Studies by the Alberta government show the province could be short by as many as 100,000 workers over the next decade.

In response, some Canadian employers are sidestepping the point system and relying instead on a program initiated in 1998 that allows provincial governments to handpick some immigrant workers and assign temporary foreign-worker permits.

"The points system is so inflexible," said Herman Van Reekum, an immigration consultant in Calgary who helps Alberta employers find workers. "We need low-skill workers and trades workers here, and those people have no hope under the points system."

Alberta is, of course, attracting thousands of workers from other parts of Canada, but many of them have been finding the isolation, high housing costs and poor working conditions too much to take, even with the high wages being offered. I know one fellow who tore up his entire life in Toronto and moved to Calgary for what was supposed to be a great construction job, only to return six months later because the accommodations and the working conditions were intolerable.

Now that the Unions are starting to organize oil sands workers, it’s no surprise that Alberta is doing its utmost to bring in more immigrants who might not be quite so fussy about things like worker safety or fair wages or being crammed into dorms with hundreds of other workers.

However, those ‘guest workers’ with temporary work visas are generally only useful for unskilled labour. What the province really needs right now is skilled trades people - pipefitters, carpenters, electricians - in other words, exactly the kind of people the government will be able to ‘fast-track’ under its new policy. In fact, this process had already started a year ago when Alberta signed an agreement with Ottawa giving the province more autonomy in recruiting and hand-selecting immigrant workers.

Alberta Government Taking on Labour Shortages with Immigration
Friday, 04 May 2007

Early next week, the Alberta government is expected to sign a special immigration deal with the federal government. As Canada’s fastest growing province, Alberta regards immigration as an important solution to its chronic labour shortages. With a job market growth rate outpacing all other provinces, Alberta currently has more jobs than they do people to fill them.

Though immigration is under federal jurisdiction, the new immigration deal would transfer much of the responsibility to the Alberta government. Alberta Premier Ed Stelmach has made this deal a priority since campaigning for his position and taking office in December. He hopes to set up Alberta "desks" in Canadian embassies and consulates worldwide, to recruit immigrants to Alberta. The deal will give the province more control over selecting immigration candidates to fill jobs in the industries most pressed by the labour shortages. It will also reduce bureaucratic red tape so that immigrants can settle in Alberta more easily and more quickly.

This would be all well and good if these new ‘skilled workers’ were going to be welcomed into Alberta as full and equal citizens, encouraged to buy homes and bring their families and put down permanent roots in a real community.

Sadly, the situation for these ‘skilled workers’ probably wouldn’t be much better than that of your average temporary worker because they are being brought in to fill what are essentially temporary jobs. They still wouldn’t be able to afford to own or even rent their own homes in Alberta’s inflated housing market. There would still be no guarantee that their families would be able to join them - even assuming they wanted their wives and children to live with them in cramped and chilly ‘company housing’.

And what happens to them and their families once the oil boom comes to an end? Would they still find themselves welcomed in communities facing a glut of newly unemployed oil sands and construction workers, or would they face discrimination and resentment in a newly competitive Alberta job market?

The opposition parties, and particularly the NDP, are trying to portray the new Conservative immigration policies as racist and anti-immigrant. But while those aspects might be an added bonus to please the party's right-wing base, I suspect that the truth is somewhat more callous and baldly mercenary.

Perhaps the Conservatives reveal themselves best through the language they chose:

The proposed legislative changes will provide flexibility for concrete measures, as required, to more effectively manage the future growth in the inventory, such as addressing the number of applications accepted and processed in a year… These changes will allow Canada to take the first steps towards establishing a “just-in-time” competitive immigration system which will quickly process skilled immigrants who can make an immediate contribution to the economy.

Immigrants aren't people. They're a commodity. Welcome to Canada. 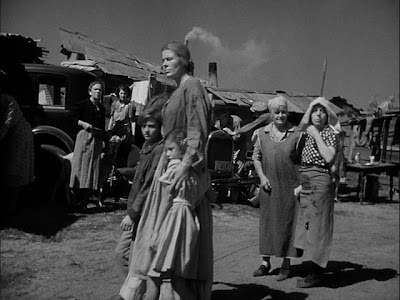 Posted by Jennifer Smith at 6:42 PM