Sarah Polley is a Lousy Pinko!

Today was Celebrity Day at the Senate Finance Committee as representatives of Canada's film and television industry pleaded their case against government pre-censorship in the form of Bill C-10.

The Government's response was even worse that one would have expected. Leave it to the Conservatives to listen to the testimony of Genie winner, Oscar nominee and all around Canadian icon Sarah Polley - and then dismiss her as just another leftie with a socialist agenda.

Conservatives issued a combative response - releasing a press release attacking Polley's left-wing political ties and suggesting that artists had no business telling "hard-working Canadians" how their tax dollars should be spent.

...In the press release, the Conservatives took specific aim at Polley. She has been a vocal NDP supporter and once lost a pair of teeth when the riot squad aggressively broke up an anti-Mike Harris demonstration outside of the Ontario Legislature.

"Individuals with vested personal and political interests should be honest with Canadians on what their true intentions are," said Pierre Poilievre, an Ottawa-area MP.

"Hard-working Canadians are growing increasingly tired of special interest groups telling them what to do."

I cannot begin to guess what 'special interest group' Poilievre imagines Sarah Polley is representing other than, you know, the multi-million dollar industry that employs her and thousands of other hard-working Canadians like my husband and my sister and a whole lot of our friends.

But hey, maybe they're right. Just take a read through the comments at the bottom of the article for a glimpse into the minds of the kind of people who think C-10 is a dandy way to keep pinkos like Sarah Polley from spending their hard-earned money on more of her potty-mouthed pornographic Commie Canadian trash. 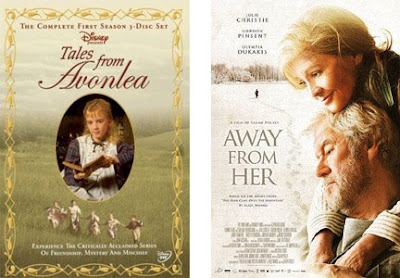 I got about halfway down before I got too nauseous to continue.


UPDATE: H/T to Denis for finding this little 'macaca' moment. Apparently Senator David Angus, Conservative Chairman of the Banking Committee left his mic on after adjourning the meeting and was recorded saying, "The government has to bite the bullet. The minister agrees, she told me she hates the law."
Posted by Jennifer Smith at 6:08 PM