Chalk River Quotes of the Day 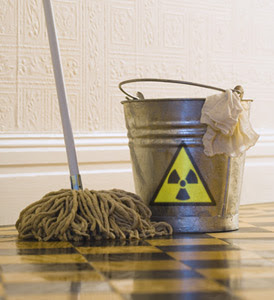 From a G&M article entitled, "How Canada let the world down":

What's disappointing about the crisis isn't so much that the Chalk River reactor sprung a leak (or, rather, several of them) – that's what happens to a 52-year-old reactor, said Norman Laurin, a nuclear physician at the Trois-Rivières Regional Hospital in Quebec.

What's frustrating, he said, is that the ensuing crisis was entirely avoidable.

“Those are very, very complex technical issues. I don't blame them for taking the amount of time that is necessary,” Dr. Laurin said. “It's not the government's fault that the NRU reactor is broken. … It's the management of the crisis that should have been a lot better.”

Meanwhile, Stephen Harper is disappointed. In AECL. And so is Lisa Raitt:

The day before the prime minister made his comments, Health Minister Leona Aglukkaq and Raitt released a joint statement saying they, too, were disappointed about the latest setback for the still-offline reactor.

"We have asked AECL to provide a firm return-to-service plan as soon as possible, and we have underscored to them that their first priority is to return the NRU reactor to service, consistent with maintaining the highest standards of safety and security," the ministers said in the statement.

...Natural Resources Minister Lisa Raitt said that fixing the reactor is the best way to ensure a supply of isotopes in the coming years.

"That is the main fact of it," she told CTV News Channel on Thursday.

Because apparently one can repair holes, reverse corrosion, and safely restart a leaky reactor through sheer force of political will. Now get to it!

(for a somewhat more nuanced summary of the situation, check here.)
Posted by Jennifer Smith at 10:47 AM