I love tornadoes. I've always wanted to see one, especially after I just missed seeing the ones that tore through Orangeville and Barrie in '95. I've memorized most of the dialogue from 'Twister'. When a big storm comes, I'm always the one idiot standing outside, scanning the horizon for a funnel cloud.

Last night, I was in my basement.

Not that I would have been able to see much anyway. My house is surrounded by about half a dozen tall trees, and the rain was so torrential that I could barely see across the street. Still, I was actually considering braving the storm to see if I could get a glimpse of something, anything... until I started seeing leaves and debris flying sideways. And then upwards.

Did I mention the big trees?

Surveying the damage afterwards, it looks like either a tornado or (as my husband insists) merely a funnel cloud blew through town about three blocks from my house. 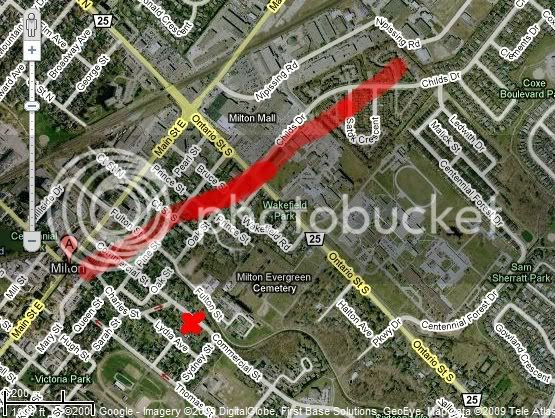 My son was even closer. He was working in the kitchen at Bryden's at Main and Commercial when a huge chunk of the roof peeled off the top of the building another two stories up and came down on the roof right over his head. The lower roof flooded and water started pouring in. Everyone was ok and the interior damage is relatively minor, but the place hasn't been doing well lately so I hope this doesn't prove to be the final nail.

At least they're open again today. Pints at Bryden's tonight, anyone? 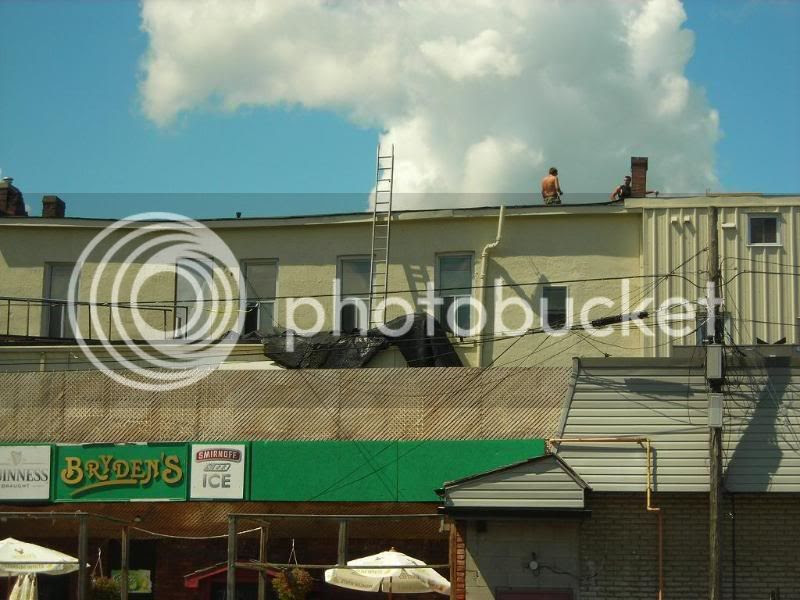 As bad as the damage looked there and at the Lawn Bowling Club (yes, we have one) and all up Pine St., I didn't see the worst of it until I took a walk along Oak St. this afternoon. Wow.

The broken trees took out most of the power lines down there, so nobody's been able to do things like cook. So the guy who owns the "All Fired Up" mobile BBQ set up on Oak St. and has been handing out free burgers and hot dogs all day. I made sure to stop and thank him and shake his hand. Many others were doing the same. 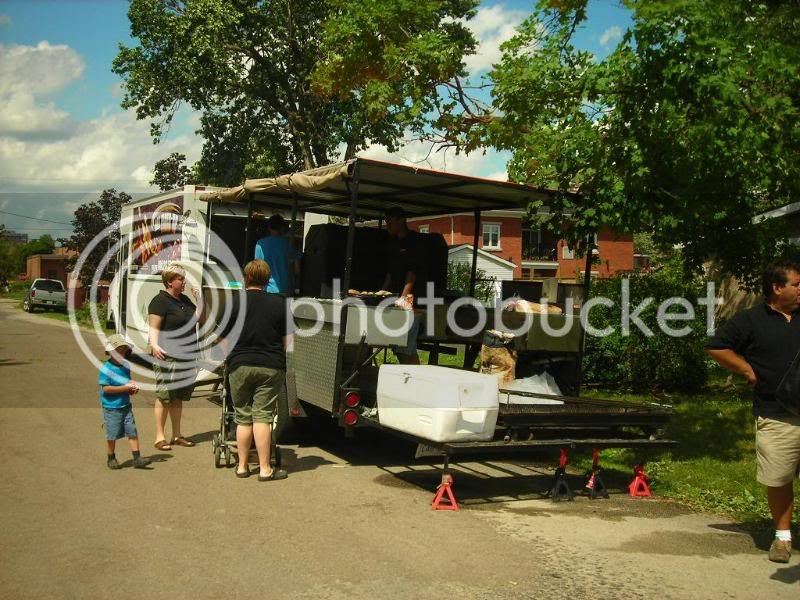 I love this town.
Posted by Jennifer Smith at 4:22 PM