G&M Shuts Down the Haters

Jane Taber ran a piece on the Globe & Mail website this afternoon about Scott Brison's Christmas card, which has a lovely picture of him with his husband and their dog: 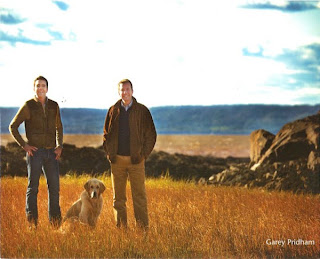 Right below it you will find the following:

Comments have been disabled
Editor's Note: Comments have been closed due to an overwhelming number of hateful and homophobic remarks. We appreciate that readers want to discuss this issue, but we can't allow our site to become a platform for intolerance.

First, kudos to the Globe & Mail for not just shutting down the comments but for saying in no uncertain terms why they did it.

Second, this is an extreme example of something I've been noticing over the past six months or so: commenters on news sites are lunatics who simply cannot be reasoned with.

There used to be some semblance of rational discourse and debate on these things, similar to what you usually find on the 'real' blogs. But now the voices of reason have been completely drowned out by the haters, the fanatics, and the most intransigent of partisans all trying to shout each other down.

I used to think that posting the occasional sane comment on news sites somehow helped to balance the debate and maybe win some hearts and minds. But now I understand that doing so only encourages the bedlam, and I refuse to participate any more.

Consider this my early New Year's Resolution: I will no longer post comments to any newspaper or television news website.*

Let them have it.

*just for clarification, I am not including Maclean's in this boycott - at least not yet. It's a magazine, they have real bloggers over there, and the discourse hasn't quite descended to the 'pissing in the wind' level yet
Posted by Jennifer Smith at 9:34 PM