A Fair Country No More?

The always insightful Rick Salutin of the Globe and Mail has joined the chorus of criticism about our government's response to Richard Colvin's testimony this week. But he also goes a step further, drawing a rather uncomfortable line between our possible complicity in the torture of Afghan detainees, and the Americans' behaviour at Abu Ghraib prison. 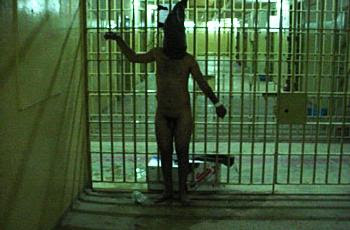 
While we might object (and rightly so) that our people didn't torture anybody themselves, that distinction is likely to be lost on the streets of Kandahar. We may see ourselves as The Good Guys, but whether that perception is accurate or not is irrelevant - what matters is how the people of Afghanistan see us. We can help them and protect them, but only as long as the average Afghani trusts our soldiers to have their best interests at heart. As soon as they start seeing us as the enemy, or in collusion with the enemy, we may as well go home.

It's important to remember just how much of Canada's success as peacekeepers has been dependant on the reputation of our country and our military as fair and honest brokers on the world stage. Regardless of whether that reputation has always been truly justified or not, it has allowed both the governments and the people of the nations we enter to see us as, if not friends, then at least unbiased arbiters.

That reputation and that trust, built up so carefully over decades, may now be irreparably damaged. And just as it was with Abu Ghraib, the knowledge of what we have allowed to be done will only inspire more Afghanis to take up arms against us, thus putting our fighting men and women in even greater danger.

Some may be tempted to blame Mr. Colvin for this, but don't - he is only stating aloud what everybody in Afghanistan apparently already knew.

The difference is that now we know it too, and are therefore compelled to act. If we do not, then the damage really will be irreversible.

(cross-posted from Canada's World)
Posted by Jennifer Smith at 9:31 AM